HOW ARE STARTUPS AND GOVERNMENT WORKING TOGETHER FOR A BETTER FUTURE?

A startup is nothing but a company which is in its early stages of development. These are entrepreneurial ventures which develop a product or service which is believed to have demand or serve as a solution to some problem that exists in the society.

Now, since you know the difference between startups and small businesses, we can study in brief how government and startups are coming together for a better future of citizens.

The following are the ways in which startup helps society and hence are the reasons why government should support them:

Now since you are aware of the reasons why government should support startups, let us look into the ways how government is already doing so..

STARTUP INDIA:  This is an initiative by government of India to promote entrepreneurship culture in India . The initiative focuses on three areas

A lot of registration process and setup process has been made very simple, thus promoting entrepreneurship culture in our country. Let us look into this in detail

As we saw in the earlier section of this article, the government by launching a startup India campaign has made the process of registration and setting up easy. Not only that, but the government has also helped IITs, NITs, and IIMs in setting up startup support hubs. There are 75 such hubs in India.

The government is also providing entrepreneurs an option to close business within 90 days from the date of application of winding up. This helps startups in avoiding huge losses, in case the business doesn’t perform as expected.

The government is also organizing annual national and international startup fests. This helps various stakeholders of numerous startups meet each other and build a much-needed network.

Startups will be getting a 3 years income tax exemption provided they get certification from INTER MINISTERIAL BOARD.

6 WAYS TO AVOID DISTRACTIONS WHILE WORKING FROM HOME. 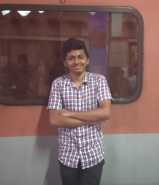 FREELANCING IN TODAY’S WORLD: A PERSPECTIVE

Expertology: The Recipe of Success

Leading through the Pandemic

IMPORTANCE OF SOFT SKILLS AS A FREELANCER

Qualities of a Good Product Manager

7 THINGS TO KEEP N MIND WHILE CREATING A BUSINESS WEBSITE