Freelancing has been considered different. It’s been a nail out of the coffin, so to say. However, in the current scenario, has garnered a lot of attention. With the current crisis, the number of people switching to freelancing is rising by the day. It seems to be a convenient arrangement, especially when you prefer to work from home.

Contrary to popular opinion, freelancing isn’t just about working in your pyjamas. Freelancing involves hard work, but it’s the smart work that matters here. It gives you the freedom no other profession can probably give you. Skilled freelancers also get handsome remunerations.

You’ve probably thought about freelancing but were reluctant because of all you’ve heard about it. Well, it’s time to bust some of those freelancing myths.

What’s more, if you’re an engineer trying your hand at freelancing, kickstartup is here to help you!

Whoever said this has never actually taken up a freelancing job. Any profession has a great need for communication, and freelancing is no different. If you’re an introvert, it might just work fine for you. For the outgoing extroverts, this is the best way to network!

Freelancing involves meeting new people and working with different groups each day. In fact, most freelancers are hired through referrals. You’re always on the go, making new connections and friends. Not very surprisingly, you might end up having a more diverse set of friends than most other workers. There’s not a chance that you’ll be lonely.

This is another widespread misconception. Freelancers always have multiple projects at hand, and thus, even if they lose out on one, they don’t face the brunt of unemployment. Multiple projects with different timelines also mean you’re never out of work.

The present situation is the best example of how freelancing is one of the most reliable professions. While most common employees are losing out on their jobs are being hit with pay-cuts, freelancers are making the most of the situation. Employers are looking for people who can work on a part-time basis at affordable prices in this current economic scenario. There’s no better time to become a freelancer, and it’s currently one of the steadiest professions. If you’re an employer and are looking at hiring engineers at affordable prices, you can always contact us at kickstartup!

Freelancers don’t have a Boss

Here’s another common myth. In any job, there’s always someone who’s going to someone there to boss around you (unless you’re a CEO, but then you have to take care of shareholders). While freelancing is no different, the catch here is in the fact that your client becomes your boss. What’s better, this boss is a negotiator, so you can always put your ideas out there. There’s no better boss you could have, for a client will try to make the most of you, but will have to rely on you entirely to work well. Seize the day and make the most of it. Become a freelancer today!

Freelancers have to Work from Home

While this is highly preferable right now, what about when we’re finally out of the pandemic? A popular myth, you won’t have to always work from home. The concept of co-working spaces is evolving and seems to be the way ahead. Such spaces will also help you network and land new projects.

You can also choose to go to a library if you prefer being peaceful. Or, head to the nearest coffee shop if you’re the outgoing kind that needs chaos to get work done. Freelancing isn’t about working from home; it’s about being able to take your work anywhere and everywhere with you. All you need is your laptop.

Of course, if you want to avoid the hectic commute, you could always stay at home. 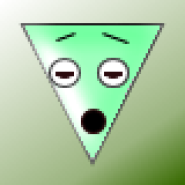 5 REASONS WHY COMPANIES ARE CHOOSING FREELANCERS OVER TRADITIONAL WORKERS

FREELANCING IN TODAY’S WORLD: A PERSPECTIVE

How to start a Virtual Business?

Four ways by which case studies help in business growth

How to start a Virtual Business?